Who the heck is The Vitruvian Man? 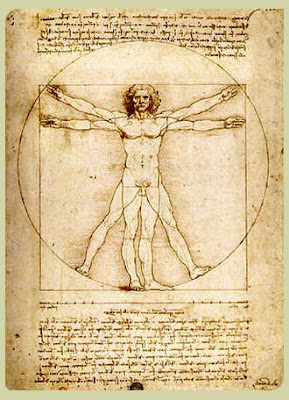 This famous drawing in ink on paper is a diagram of geometrical ideology, a showcase of exceptional penmanship and a microcosm of the workings of the universe.  Sound too good to be true? Well you had better believe it; the amalgamation of artistic and scientific objectives is exemplified by the Vitruvian man, which was created way back in 1487 during the renaissance.  Wow, Da Vinci, your foresight astounds.
The Vitruvian Man, drawn by Leonardo Da Vinci, depicts two men superimposed upon one another with his arms and legs apart, inscribed in a circle and a square. The drawing is based on the ideal human proportions with geometry described by architect and first-known engineer, Vitruvius, in De Architectura.  Leonardo’s interpretation strays slightly from Vitruvius’ specifications as he combined his reading of the text with his own examination of actual human bodies. 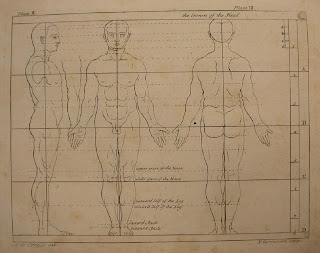 I know you have already been measuring so here’s a couple more that are a touch more difficult to measure – A man’s height is four cubits (forearms!) or 24 palms. The length of his outspread arms is equal to his height.

(For more average proportions and an examination of the precise geometry, this is a fantastic article ) 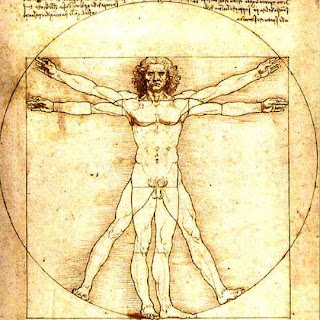 The major difference between Da Vinci’s drawing and those that had gone before him was the addition of the circle and square inscribing the two superimposed positions. The centre of the circle cannot be the same as the centre of the square which demonstrates the way in which man’s centre of mass (or centre of magnitude, the central point in the body) changes dependent on position yet his centre of gravity (imagine a line of symmetry dissecting him down the middle) stays the same. 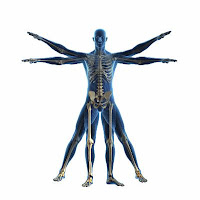 This artwork is used around the world to symbolise mans closeness to nature, man as the measure of all things and has numerous other interpretations. The symbol is used by medical and holopathic wellness companies, on one side of the Italian euro coin and on a NASA patch given to astronauts that have completed a spacewalk. 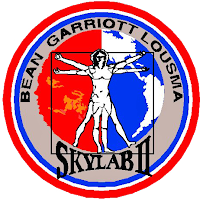